Understanding Why Republicans Will Block Richard Cordray for the CFPB 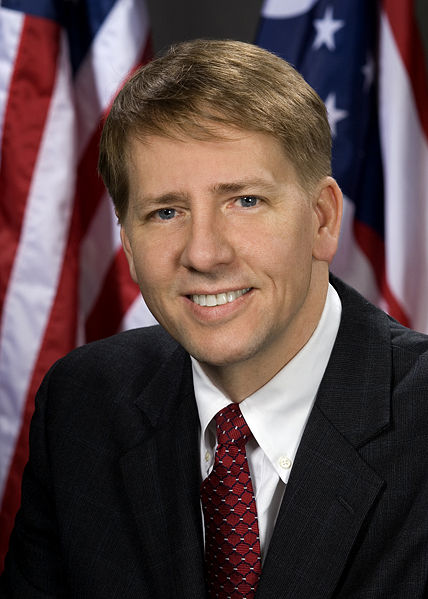 Cordray was very serious about the problems in the foreclosure fraud crisis while in Ohio, going as far as to sue GMAC when the robosigning scandal broke out last October.  Here is coverage of that lawsuit from Yves Smith and David Dayen from the time period. Beyond GMAC, Cordray sent letters to Bank of America, JPMorgan Chase, Citi and Wells Fargo to question their use of robosigning.  I hope that he is likely to support other AGs like Eric Schneiderman that are currently investigating these problems further up the securitization chain.

Here’s an interview Cordray did with Annie Lowrey from last October.  Cordray: “What we’re talking about here is not just sloppy paperwork,” he said. “We’re talking about fraud in a court of law. The [foreclosure document signers] were lying under oath, to a judge. And there is evidence that this company has illegally ousted people from their private property, violating their property rights.”  Sadly Cordray lost his election with the Tea Party wave of 2010, but he did promptly land with the then starting-out Consumer Financial Protection Bureau.

44 Republican Senators have vowed to block anyone unless structural changes are made to the CFPB, and have reiterated today that they will continue to do so.  This is important as there are many things the CFPB can’t do, basically powers that aren’t transfered over from another agency, without a Director. What’s their deal?

Let’s back up for a second.  What are the strengths of the way the CFPB is structured in the Dodd-Frank Act?  There are many, especially the consolidation of consumer regulation and focus on research.  But three structural strengths stand out: it has a single director, there’s been careful attention paid to its budgeting process and it is just like other regulators in terms of accountability but with focus on consumer protection as its primary goal.  These three parts of the CFPB were carefully planned, designed and fought for.

In early May of 2011, 44 Republican Senators signed onto a letter written by Senator Shelby that requested three specific changes before they confirmed any nominee to head the CFPB.  The changes, quoted from the document:

– Replace the single Director with a board to oversee the Bureau.  This would prevent a single person from dominating the Bureau and provide a critical check on the Bureau’s authority.

– Subject the Bureau to the Congressional appropriations process.  This would provide oversight and accountability to the American people on how public money is spent.

– Establish a safety-and-soundness check for the prudential financial regulators, who oversee the safety and soundness of financial institutions.  This would help ensure that excessive regulations do not needlessly cause bank failures.

See that?  Three of the major strengths – a director, funding and accountability with a focus on consumer protection – are exactly what the Republicans want to dismantle.  No doubt they are trying to stall and annoy the implementation of Dodd-Frank and prevent the CFPB from doing all its work – of course they are – but if there were three critical points where they could significantly weaken what the CFPB can do, these would be those three.  Any leeway given on these requests would be a major problem.

Breaking them down, in practice the CFPB is going to have a large operation, with people overseeing various parts of the regulatory framework.  It’s not clear what problem having a board instead of a Director is meant to solve, and it is very clear that having a board instead of a Director will throw sand into the gear of the Bureau working well.  Subtly, it will reduce the presence of the Bureau among all other banking regulators, as they all have a clear chief agent who coordinates the activities of the agency.  Not so subtly, it’ll cause in-fighting and a lack of focus during its crucial first years.

Their second change on funding is a major battlefield.  As Adam Levitin wrote last year in The Political Economy of CFPB Funding:

CFPB funding isn’t a poorly thought-through piece of legislation; a lot of thought went into this particular issue.  The concern that Congress and CFPB advocates had was that if CFPB were subject to the regular appropriations process, it would be too easy for CFPB to be strangled in the appropriations process, which is one of the least transparent parts of Congressional activity, and therefore the ideal place to ice an agency.  The whole point of giving the CFPB a percentage of the Fed’s overall budget was to ensure that the CFPB will always have the financial wherewithall to be effective–consumer financial protection shouldn’t be a politically dependent matter.  Congress acted deliberately and intentionally to bind its own hands in the future when political winds change…The CFPB funding mechanism is based on a careful assessment of the CFPB’s needs and the political economy of consumer protection….Recall that a major reason we needed a CFPB was that consumer financial protection was severely compromised by housing it in bank regulators who got their funding from banks, not through the appropriations process.

If it was funded by Congress, Republicans in Congress would try to strangle it in the dark as financial lobbyists cheered, the same way Phil “Unless the waters are crimson with the blood of investors, I don’t want you embarking on any regulatory flights of fancy” Gramm did it back in the 1990s to people like Arthur Levitt at the SEC.

The third change is usually phrased as a blend between accountability and goals.  Again I’m going to kick it again to this chart from Levitin on accountability:

The CFPB is at least as, if not much more, accountable than any other regulatory body.  It’s the only regulator that the Financial Stability Oversight Council (FSOC) can veto, a disturbing development during the Dodd-Frank process that was inserted to deal with the criticism that the agency wouldn’t be accountable enough (how’s that going?).  As we noted at the time, between Treasury, the head of the OCC, the Fed Chair, the FSOC is likely to be bank friendly.  There’s already enough of an obstacle built into the very framework.

Meanwhile, consumer protection was usually treated as an orphan mission, usually the third or fourth most important objective of many regulators, in the pre-Dodd-Frank era.  If everyone was in charge of it, then nobody was.  Consumer protection is the main focus of the CFPB and it consolidates this functioning from other regulators.  As Tim Fernholz wrote in his paper on the CFPB for New America, “the agency’s founding purpose [is] to create a single, accountable home for consumer financial protection.” This change would water down its mission and divert it from its objectives, and thus significantly hurt the new agency.

The Republicans are not stupid, and these three structural changes were not picked out of a hat.  Meanwhile a lot of what the CFPB has to do won’t come online without a director.  Will Obama be aggressive, and will he go with a recess appointment?  According to Public Citizen he has more discretion than we realize in this area.