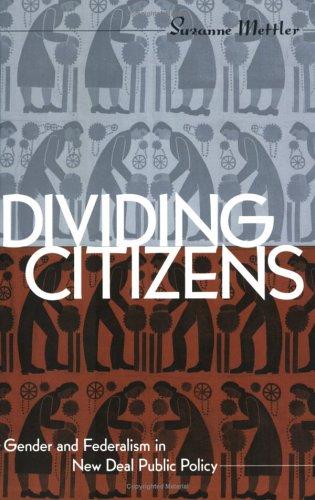 Malcolm Harris, whose twitter account has apparently been subpoenaed in relation to being arrested for an Occupy Wall Street New York protest, has a New Inquiry essay on the movie Sleeping Beauty (2011) and the feminization of precarious labor. A lot has been written on precarious labor recently, including both John Schmitt’s book review in Dissent and Bhaskar Sunkara’s critical response. I want to elaborate on this, since looking at gender and precarious work leads to an examination of a favorite topic — the relationship between pity-charity liberalism and unconditional, universal programs related to economic security. A perfect example is how labor in the New Deal was treated differently by gender. The wedge between the two groups illuminates the difficulty in bringing economy justice to the 21st century. Precarious, vulnerable work was once relegated solely to women, but in this day and age more and more of us will fall into that category.

For Harris, the precarious worker is “indebted, insecure, vulnerable.” If the classic notion of a worker “relies on having a bargaining place at the table with the boss,” then precarious workers aren’t workers (even though all they do is work or try to cobble work together).

How is the work gendered? One focus is on gendered affect: “passivity and her eagerness to please, her vulnerability and blank demeanor would look incredibly strange on a young man. Her willingness to keep treading water without the promise of anything better to come, her ability to communicate nonthreateningly and stay quiet at the right times are parts of what Nina Power describes in the chapter ‘The Feminization of Labor.'”

But there’s an institutional way to think about how the precarious nature of gender and work is both reflected in and amplified by governmental regulatory regimes, and how the future looks bleak in terms of bending those regimes toward just ends. Suzanne Mettler’s Dividing Citizens: Gender and Federalism in New Deal Public Policy (1998) is useful for this conversation. (Mettler, a political scientist and recent author of The Submerged State, is a favorite around here — I, II, — and recently joined our think-tank neighbors at the Century Foundation as a fellow.)

To set up the problem, Seth Ackerman has recently discussed universal programs in the context of the Tea Party’s war against the state:

…[I]t’s indisputable that Tea Partiers make some kind of conceptual distinction between universal programs like Social Security and Medicare and other government programs. But this says less about the Tea Party than it does about universal social programs. It is easy for liberals to point to the Tea Partiers and call them bigots because they make a distinction between ‘people on welfare’ and ‘normal people.’ But in fact it’s the state that made the distinction first. When the state operates a means-tested or other conditional program, it inspects each citizen and stamps him or her as belonging to one category or the other… Political scientists have long known that something almost alchemical happens to public opinion when a universal, as opposed to a mean-tested welfare program, is established.

Mettler argues that this distinction comes out of the dual administrative nature of the New Deal. Part of the New Deal was to be administered by the newly created federal government programs, while another part was to be administered by local and state authorities. It just so happened that the federal government’s role regulated the work and lives of white men, while the state and local role retained authority over women and minorites. Keeping part of the New Deal’s welfare state and floor of economic security administered at the state and local level was predicated intellectually on Brandeis’ notion of the states as laboratories of democracy and politically on getting Southern white supremacists to endorse the New Deal. This meant that how people realize economic freedom could be maintained and expanded through illiberal means.

Remember that just three years after the Lochner case, with a Supreme Court hostile to all economic regulations, it made an exception to maximum hours regulations for women. Why? In 1908, in ruled in Muller v. Oregon, “That woman’s physical structure and the performance of maternal functions place her at a disadvantage in the struggle for subsistence is obvious…as healthy mothers are essential to vigorous offspring, the physical well-being of woman becomes an object of public interest and care in order to preserve the strength and vigor of the race.” These are the terms on which economic regulation could exist — protecting essentialist visions of a women’s place.

Mettler argues that “programs geared toward men became nationally administered programs and those aimed toward women retained state-level authority.” This welfare state led to citizens becoming “divided by gender between two different sovereignties that govern in very different ways.” As she writes:

What it meant to be an “American citizen” meant very different things to the retired male breadwinner, who came to expect his monthly social security check from the national government, and to the poor mother who hoped that the social worker assigned to evaluate her eligibility for a meager welfare check would find her child-rearing and housekeeping efforts worthy. The first was treated with dignity and respect, as an entitled person; the latter, with suspicion and scrutiny.

The crucial point is that liberal inclusion was based on long-term, full-time work for a single employer. If you had a job along those lines –and these jobs were held by white men at that time — then you were included in a regime of universal economic security. Short-term, part-time work for multiple employers — work done by women and minorities — falls through the cracks into a patchwork of state and local governance. That governance bases inclusion on hierarchical ideals invoking republican notions of where a person stood in his or her community. Here we see notions of the “deserving poor” comes out of this regulatory infrastructure. Aid to Dependent Children (ADC), for instance, was predicated on single mothers being able to retain their “natural” work as housewives and child-raisers. ADC’s spot inspections of single mothers for “male callers” gives you a sense of how this played out — as Mettler notes, “officials monitored and regulated women’s moral character.”

Progress was made on these New Deal programs up through the 1970s. But there’s been significant rollback over the past 30 years. The call to “means-test” social insurance programs, Ending Welfare as We Know It by block-granting welfare’s administrative role back to the states, the battles over block-granting Medicaid and privatizing Social Security and Medicare — all have shifted the momentum in the opposite direction. But where does this leave us now, especially in regard to precarious labor?

I asked Dorian Warren, Columbia political scientist, Roosevelt Institute Fellow, and union expert, about where this stands. As he puts it:

Add up the Mettler argument with Hacker’s notion of “policy drift,” and most New Deal social policies (especially the FLSA and the NLRA) are outdated and obsolete. They were crafted with assumptions about work and the nature of the economy in mind: an agricultural and industrial economy, where workers had long-term attachments to one employer. That’s no longer the case, and labor and employment laws haven’t caught up to the new employment relationship. Long story short, we don’t have the adequate legal structures to deal with this new employment environment.

The battle to move the welfare state to the federal level, where it could be administered inclusively and universally, was an intellectual and political battle waged within the New Deal. How is this playing out in the Obama administration? I’ll eventually build a full case against the “nudge” theory of the administrative state, but for now a theory of using subtle and unconscious government techniques to help people work better within “choice architectures” isn’t up to the challenge of recreating a regulatory environment for a new age.

The House bill set up a strong federal exchange and let the states do their own only if their exchanges had stronger consumer protections. However with the Senate bill — the law we have now — states can set up very weak exchanges. And the insurance industry has lots of clout at the state level. The best hope is that there will be a strong federal exchange for states that don’t set up their own. But that will only be true if HHS creates one.

So we have an outdated regulatory regime, an intellectual climate geared towards local, illiberal control, and the application of economic freedoms designed to keep women yolked to essentialist and moralistic discoures. A “polarizing” workforce means that the labor market, without significant reform, will take on an exaggerated version of the gendered split we saw in the New Deal, with the precarious work falling into a patchwork administration system of moralizing and without opportunities to organize.