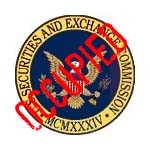 February 13th was an important deadline for comment letters for the Volcker Rule.  One group that submitted a comment letter was Occupy the SEC – an Occupy Wall Street affiliated working group that has an excellent web presence outlining their objectives.  The site also includes their comment letter (available as a pdf here) – all 325 pages of it.

Felix Salmon, Matt Yglesias, Swampland, The Nation, Josh Harkinson, Dave Dayen, among many other, have all said great things about it.  I was most impressed with the point-by-point, aggressive answering of the regulators’ questions – the stuff that can make a difference.  Felix suggests reading the introduction if nothing else, particularly pages 3-6, and I agree.

Since this blog is a fan of all things financial reform, Volcker Rule and the Occupy movement, I was very fascinated with the backstory on this letter.  I was able to speak with two members of Occupy the SEC, Alexis Goldstein (@alexisgoldstein), a former Wall Street technology VP, and Caitlin Kline, a former credit derivatives trader.

Mike Konczal: What is Occupy the SEC? And what is the Volcker Rule?

Alexis Goldstein: Occupy the SEC is a working group inside Occupy Wall Street, which has been focused on writing a comment letter on the Volcker Rule.

The high-level overview is that the Volcker Rule is meant to keep federally-backed banking entities from proprietary trading and from owning more than 3% of any given hedge fund or private equity fund.

MK: How did you end up getting involved in Occupy the SEC?

AG: I was going down to Occupy Wall Street every day and one day Naomi Klein came and gave an open forum talk. And I asked a question, over the people’s mic, on whether we should bring back Glass-Steagall, and she said yes.

Afterwards, all these people came up afterwards and asked me “What’s Glass-Steagall?” And I thought I could help out and do a teach-in. After announcing an upcoming teach-in at a General Assembly, Akshat emailed me and asked if I was interested in forming a group to write a comment letter.

Caitlin Kline: A friend of mine who was involved in the movement called me up one day and told me that he had just seen a teach-in, and that the woman “spoke about derivatives the way you do!” So he put me in touch with Alexis, and I started attending the book club meetings.

MK: How much of the group are people currently in the financial industry or ex-industry?

AG: Probably a slight majority. Not everyone – we had people who were leaders or people who wanted to learn and get up to speed. But it definitely had a strong industry contingent.

MK: How did you start focusing the letter?

CK: It took a long time to get our minds around all the different elements of the Volcker Rule and what kind of comment letter we wanted to write. We decided early that we wanted to write about the nitty-gritty of the rule and focus on the specifics, so it required a really deep dive into the material to leverage everyone’s expertise. Right off the bat, we decided that this rule was a good idea, and it has to actually be meaningful. That’s how we attacked it – we wanted to strengthen it as much as possible.

MK: Some people (usually not in the movement) complain about the General Assembly and consensus-driven procedures as not workable for a complex task, like writing hundred of pages responding to regulatory rules. What was your procedure and how well did it work?

AG: There were two tasks. The first task was much like a book club. We treated the Volcker Rule as our book, and we’d assign readings and times for discussion. At first we were meeting once a week, then later twice a week for marathon sessions. During those marathon sessions we’d go through all the questions the Agencies asked about the rule.

MK: How many questions were there?

AG: 395. But each of those questions had around three or four questions in it. But 395 numbered questions.

AG: It’s easiest to visualize this. So we are all there in the atrium with our laptops. We are going through this question by question, discussing them, debating what we think the answer should be. Once we all agree on something we put it in a bullet or several bullets. And sometimes we’d go off on these huge tangents and have debates on the best way to address the topic. We’d often have to say “let’s move on to the next topic,” but we always tried to work from consensus.

When we went to try and write the initial draft of the letter we’d work collaboratively on these online documents that everyone could see at all times. That way if there was something someone didn’t agree with they could leave a comment or send an email to the group and we could talk it out. For the most part we tended to agree – though there were many instances where we clashed horns.

After that initial pass we broke it up section by section so everyone had their focus area. From there we could embellish those central consensus bullet points we had come up with.

MK: How many people are involved?

AG: There was a core group of seven people, with a variety of people coming in and out. There were many experts in an area who couldn’t commit to all the meetings but wanted to work on very narrow areas. They’d drop in and drop out.

There was one person who was very interested with the metrics section. So she attend one meeting where we were going to talk about that and she gave us some great ideas. There was a gentlemen who used to work at a special purpose vehicle and was really involved with securitizations. He did a really great job writing and giving insights on those topics via email, even though he couldn’t make the groups.

CK: In a lot of cases we pooled our resources to find people with certain expertise on issues we wanted to address in the letter.

MK: What are you worried about with the implementation of the Volcker Rule?

CK: The one that comes up often is that liquidity is going to evaporate overnight, crippling markets. This is the base of the lobbyists efforts. We spent a while debunking that argument.

MK: How do you respond to that?

CK: Well the whole theory is predicated on the idea that these federally-backstopped banks are the only institutions that can provide liquidity. It is a profitable business, especially the market-making end of it, and any number of firms will step in in order to take this.

MK: Were the members of Occupy the SEC involved broadly with the movement?

AG: It depends on the person. For me I was highly active in the woman’s caucus. I would go to the General Assembly often, I’d go to the Spokes Council meetings. I was very involved in the day-to-day. When this letter got started I had to take a step back and focus on that instead.

We had some people that weren’t involved with the letter but they’d help us by coming to the meetings, organizing and planing direct actions. Others were involved in the Politics and Electoral Reform group, the Direct Action working group, and the Think Tank – which conducts open air discussions on various topics.

CK: This was the first time that I thought that I could jump in and get involved. Particularly as an ex-trader, I could do this, and be involved with the movement in a meaningful way. Since we started, I’ve met so many smart people and encountered so many issues that I’m going to continue to be involved with, and I think most of the group has had a similar experience.

MK: There’s a saying that goes “Occupy Everything, Demand Nothing.” You’ve written a document giving very technical advice to regulators. Part of Occupy is about creating alternatives instead of making demands, yet your group set out to reform a system very resistant to reform. How do you handle that tension?

The second thing is that though the system is broken and difficult to repair, you don’t have to choose between abandoning it or reforming it. I think you can do both – try to reform it from within while building a new system. This particular effort is about reforming the current system, but that doesn’t mean, at all, that we aren’t interested in alternative systems. There’s another group called Occupy Bank thinking through a completely new banking system from scratch.

CK: From those of us who saw how big and screwed up the financial system is, it’s very difficult to know, or even understand, what it would take to fix it. Some people would say to us “why are you even bothering with this? Why not go back to Glass-Steagall?” Well, that’s not on the table right now, but this is. And the Volcker Rule is something very real and concrete. It’s good intellectual work to think through alternative systems and I want to be a part of it and see where it goes, but in an immediate way there’s ways to clean up things right in front of us. A lot of people I know get stuck on this – “it’s really screwed up and there has to be another way” – and you end up thinking about that other way forever.

MK: Quick question: did your group do the twinkles during meetings?

AG: Yes. In fact when Caitlin was just talking with you I was twinkling.

MK: Over the phone?

MK: What are you excited about for Occupy in 2012?

AG: As an activist you are often isolated to your particular cause. Let’s say you are an environmental activist and your cause is sustainability. You fight the same fights with the same people, you go against the same industries, and it is easy to burn out. You are stuck in this little bubble. My favorite thing about Occupy Wall Street is that there is this cacophony of causes. You come together for the things that matter the most to you, but you are surrounded by all these other people fighting for all these other causes, with their own expertise, and all those passions amplify each other. If you need a break from your topic, you can jump into another one. And there’s so many new people, fresh faces all the time, it gives you courage and the strength of purpose to continue. Because it’s so tough to fight a fight and think you are the only one who cares.

Also, I really hope we can retake more public spaces.